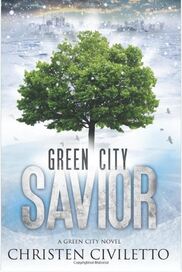 "Green City Savior"  Environmental Thriller,   126 Pages
Logline:  Seventy years ago, near Niagara Falls, Joseph Malvisti buried unspeakable secrets he thought would never surface. But eleven years after his death, the construction of the self-sustaining community called Cascata Verde threatened to expose his sins - and someone is willing to do anything to ensure the past remains hidden.
Status:   Screenplay adaptation of Christen Civiletto's novel "Green City Savior" prepared for Producer, David L. Snyder ("Blade Runner")/ Gate House Productions, currently in pre-production as "Beyond the Falls." 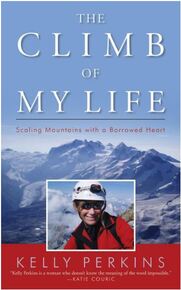 "The Climb of My Life"  Adventure/ Biography,     121 Pages
Logline:  When Kelly Perkins learned she needed a heart transplant at the age of 30, she thought the active healthy life she loved was over. From the brink of death to the summit of Mt. Fuji, Kelly, with the support of her husband Craig, not only survived the transplant surgery, but became the first heart transplant patient to summit some of the world's most recognized peaks. The Climb of My Life tells the story of Kelly's transplant, recovery, and ascents up such mountains as Mt. Kilimanjaro-all on a borrowed heart.
Status:  Screenplay adaptation of Kelly Perkins' book written for Chrissy Blumenthal ("Seven Pounds" and "Pursuit of Happyness"). 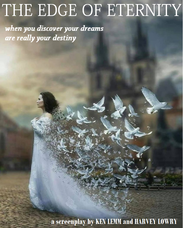 "Edge of Eternity"  Action/ Fantasy,  91 pages
​​​Logline:  On his twenty-first birthday, Avi Diambros learns his birthright is a mysterious life which promises everlasting life if he leaves his old world behind.  On a graduation trip to eastern Europe with his girlfriend, Ashley, Avi discovers the life-altering decision he must make. When Ashley’s life is threatened by members of his new “family,” Avi knows how important his decision is.
Status:  Partnership with producer/director Harvey Lowry, in pre-production. 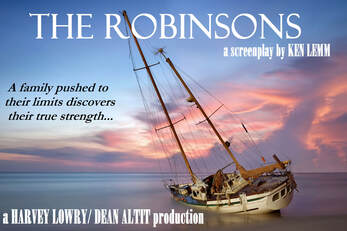 "The Robinsons"  Classic Family Adventure, 98 Pages
​Logline:   On a trans-Pacific sailing trip, a family encounters an unexpected, vicious storm. Shipwrecked on a deserted tropical island in the Krabi Archipelago, the family must pull together and rely on their survival instincts and battle disease, wild animals, and ruthless pirates as they await rescue in this Family Adventure.
Status:  Partnership with producer/director Harvey Lowry, in pre-production. 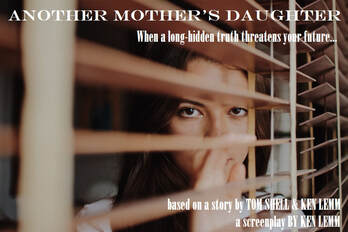 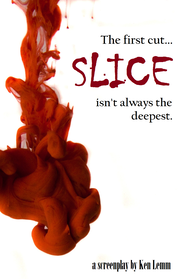 "SLICE"  Psychological Thriller/Action,    115 Pages
​Logline:  In her desperate attempt to stop a sadistic serial murderer before he murders the woman who has fallen in love with him, a detective realizes the madman has gotten dangerously close to her young son.
​Awards:  Best Script, Most Likely to be Produced - Action on Film Int'l Film Festival
Status:  Writer-For-Hire assignment for Emmerson Denney/ Emmerson Denney Films